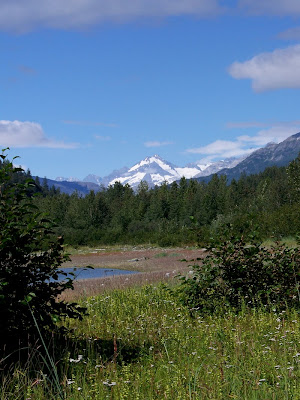 For you code geeks out there, this is too funny to pass up. Amid all the stupid that happened in the Swedish Elections viz. nazis (sorry Sweden. :( ), some more anarchical voters subbmited votes for... well, they did a write in vote for an SQL injection attack. :P They were counting on people compiling their vote and entering it as written, so when the vote 'software' hit it, it would think it was a code and treat it as such. Sweden clearly has an educational system that works. ;)

For you non-code geeks, here's some intertidal neatness. :) 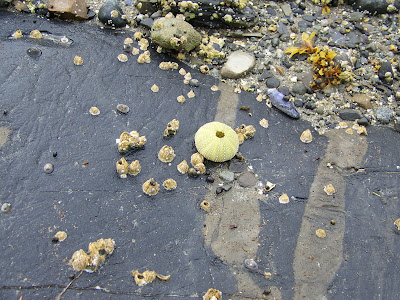 More Economics of Drugs (It's the incentives, stupid)

I've been reading a lot about the economics of drugs lately (again, I don't touch the stuff myself, but this stuff is fascinating!), and it was very interesting to see a blog post by Marginal Revolutions, a wonderful economics blog, discuss the groups most actively lobbying against the legalization of marijuana. Before you click, care to guess?

It's the Police and beer distributors. At first you might think there's a crime watch aspect from the police - good health and safety and all that. Instead, the cause turns out to be far more banal:


[...] Police forces are entitled to keep property seized as part of drug raids and the revenue stream that comes from waging the drug war has become a significant source of support for local law enforcement. Federal and state funding of the drug war is also a significant supplement to local forces' budgets.

Legalization means a cut in budget, and less material seized. Any economist would say that life is all about incentives, and in this case all the incentives are for police to oppose legalization. They must have done some form of calculus to find that the amount of money garnered for police budgets through taxation would be less than the amount they achieve from property seized. This is presumably because they would have to share tax revenue with other departments. This raises the question of whether incentives could be reworked to favour police departments (And that, of course, raises the issue of should incentives be re-worked at all, which is an entirely different question).
Posted by TwoYaks at 12:00 No comments: 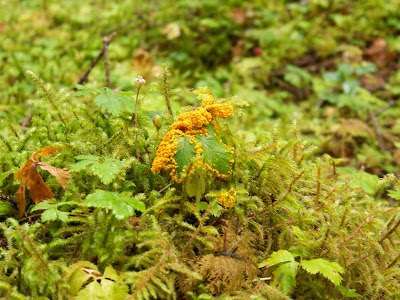 Very particular consumer expenses. Since I'm apparently in a controversial mood today, there's a neat link I found called priceofweed.com. You can probably guess what it's about. While I don't do them, I find drug economics very interesting. The products are illegal, expensive, and in some cases dangerous to acquire, and yet according to the Author of Freakanomics, crack dealing has much the same business organization as McDonalds.

Anyhow, back to weed pricing: you can't trust police estimates of drug worth, since they have a vested interest in exaggerating the prices both to dissuade use and to make them look like they've accomplished something. When you spent several hundred thousand dollars, you need to justify it by saying you stopped some equal or greater amount of illegal activity, and the greater the estimate of the activity stopped, the more cost effective you can claim to be. "You should fund me, because for every one dollar, we can stop six thousand dollars of drugs." It gets so absurd that on the TV, I once heard police claim they had interdicted something along the lines of 1% of the US's GDP in drugs. 100 Billion dollars worth of drugs is... well... in 2008, it would have been the equivalent of trying to smuggle in the net worth of IBM. I imagined somewhere, an economist saw that on TV and promptly choked in his own spittal over the absurdity of the claim.
Posted by TwoYaks at 12:00 No comments:

Email ThisBlogThis!Share to TwitterShare to FacebookShare to Pinterest
Labels: links, stats
What happens when someone performs an act that's entirely legal in a majority of countries including the one they're in, causing no material harm to any person, through making an artistic political statement?

They have to change their identity and hide from death. That's exactly what happened to Molly Norris, of Draw Mohammed Day. Now, I won't pretend like the situation is not a bit more complex than a cut and dry instance of freedom of speech trumping all, but dangit it shouldn't be. Even granting that it is an "insult" just for a moment, well adjusted human beings should not react to insults with murder. This whole thing is like Salman Rushdie all over again.
Posted by TwoYaks at 08:00 No comments:


"Just because you are anti-evolution doesn’t mean you are anti-science," [John May] said. "I deeply respect science [...]"

It's a similar gambit to the "I have tons of black friends" gambit, or sentences that go "I'm not a homophobe, but I'm about to say they sleep with Satan himself." Sure he deeply respects science... as long as you're not talking about palaeontology, biology, zoology, phylogeography, or any of the other fields that don't make a lick of sense without invoking evolution. Normally, it's easy enough to ignore a crank, or point out he is a crank - and John May is a crank - but the problem comes from the fact that he has backing from Ireland's science minister.

Mister Lenihan backed out after it came out that John May ran some torrid magazine at some point. To be honest, I have less problems with that than he was backing this vacuous crap to begin with. After all, politicians are always in some sex-scandal or another. But a Science Minister who endorses creationism is a bit like a pacifist general, or a minister for finance who never really could do the sums, and thinks poplar leaves are accepted as a form of currency. It's a sign you might have problems.
Posted by TwoYaks at 07:47 1 comment: 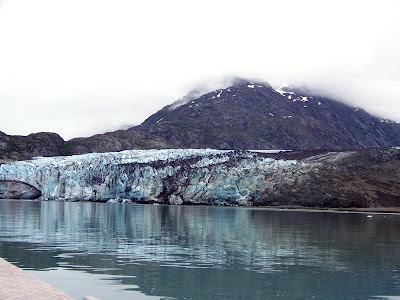 *Tap Tap* Is this thing on?

You might have noticed I've been absent for a little bit again. I was out in the field again, wrapping up the season with some various and sundry work. I've run into a tiny snag in my personal life, and although I'll try to have some posts out, it'll definitely be fewer and longer between posts until everything is peachy again.

In the interim, here's a moose staring at you. 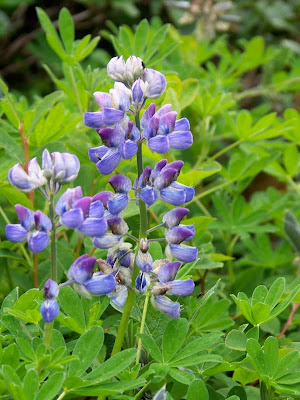 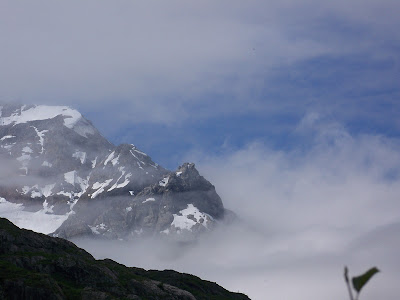