Moose on the loose 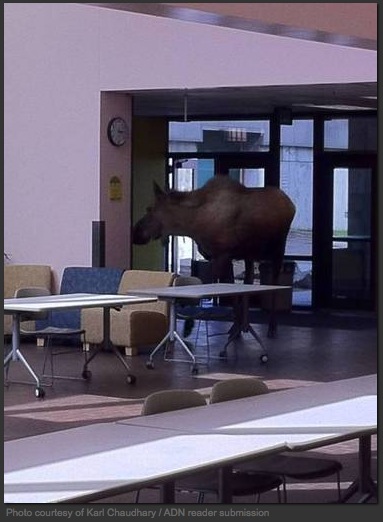 A moose decided to check out UAA's student union. Some suggested captions:

This is what you get from me when I'm running caffeine and old episodes of Top Gear in the background while I scramble to get everything done in the next two weeks. What would you caption it with?